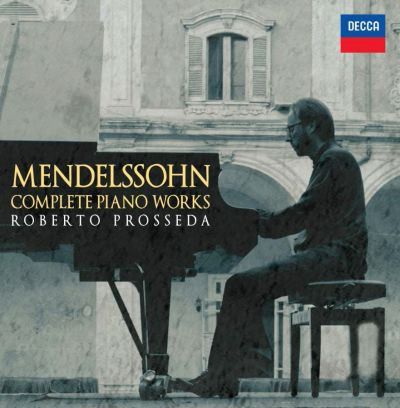 In April 2017 Decca released a BOX of 10 CDs with all the recordings by Roberto Prosseda dedicated to Felix Mendelssohn's piano works. The box includes 59 World Premieres, recorded between 2005 and 2015, and the works for piano four hands and for two pianos, with Alessandra Ammara. The booklet in four languages features a new essay by Roberto Prosseda and the complete list of Mendelssohn's piano works, based on the MWV Catalogue by Ralf Wehner (2009), with the correspondances to the track listings.